Wells Park Open for the Season

Wells Park, located at 98 Oak Street, is open for the season from dawn until dusk. The pavillion, field, stage, tiered area and tennis courts are available for rent through the Village of Brewster. Please fill out this form, which include COVID-19 rules and regulations, and email the completed form to the Village Clerk at This email address is being protected from spambots. You need JavaScript enabled to view it.. For more information on availability of the park, please call the Village Office at 845-279-3760 during normal business hours.

Have a Happy and Safe Memorial Day Weekend.

The 2020-2021 MS4 Report is available for review in person and here on our website under Services > Sewer > MS4 Report. Please contact the Village Clerk at This email address is being protected from spambots. You need JavaScript enabled to view it. with any questions.

PLEASE TAKE NOTICE, that the Board of Trustees of the VILLAGE OF BREWSTER will hold a Public Hearing on WEDNESDAY APRIL 14, 2021, 7:30 P.M. virtually through Zoom, the Meeting ID is 207 812 8623 and the phone number to call in to is 1-929-205-6099, to take and hear comments on the 2021-2022 Budget as proposed by the Board of Trustees. A copy of the proposed budget will be available for review by the public, at the office of the Village Clerk and on our website five (5) days prior to the public hearing. All persons wishing to be heard on the question of the adoption of the tentative budget will be provided an opportunity, as time permits.

The Village of Brewster Court will begin holding court as of March 8th. Please wait for a letter in the mail regarding your court date. If there are any changes to your address, please call the Court Offices at 845-279-4020. The Village Court Office located at 50 Main Street will is open, in person from 9 AM to 2 PM and through phone or email, 8:30 AM to 4 PM. It is recommended that you call before you come into the office. Please check our Facebook for up to date information.

What is it that makes the water turn orange when they flush the hydrant?
Minerals – Primarily Iron & Manganese
The Village of Brewster supply source is ground water drawn from five sand and gravel wells.
The semiannual hydrant flushing purges the system of the accumulated settlement of these minerals suspended in the ground water.
Opening the hydrants and increasing the water flow causes the disturbance of this settlement so that it may be flushed from the system.

Does running the tap water make it clear up faster?
No. To the contrary, running the water prolongs the turbulence in the system. The best thing to do is use as little water as possible for 12 to 24 hours so the system has a chance to settle out and clear.

Why does my toilet run after hydrant flushing?
Sometimes tiny particulate gets caught under the flush valve seal in the toilet holding tank preventing it from sealing tightly. The same can be true for washers and aerators (strainers) in faucets. Make sure your faucets and toilets are not leaking and are unobstructed after hydrant flushing. If you have strainers on washer supply hoses you should also check them but refraining from doing laundry for a 24 to 48-hour period from April 21st is recommended.

After this flushing, the next hydrant flushing is scheduled to be October 6, 2021.

Board of Trustees Thank Donors for Village Christmas Tree

The Village of Brewster would like to thank the following donors for their support in re-lighting the Village Christmas Tree.  Their support has created a beautiful symbol of joy and peace of the season in our Village.

If you would like to make a donation, please remit payment to the Village of Brewster, 50 Main Street, Brewster, NY 10509.

Important Dates for the Village of Brewster

Please use the links below to find important dates for Board Meetings and Village Holidays when the office will be closed. 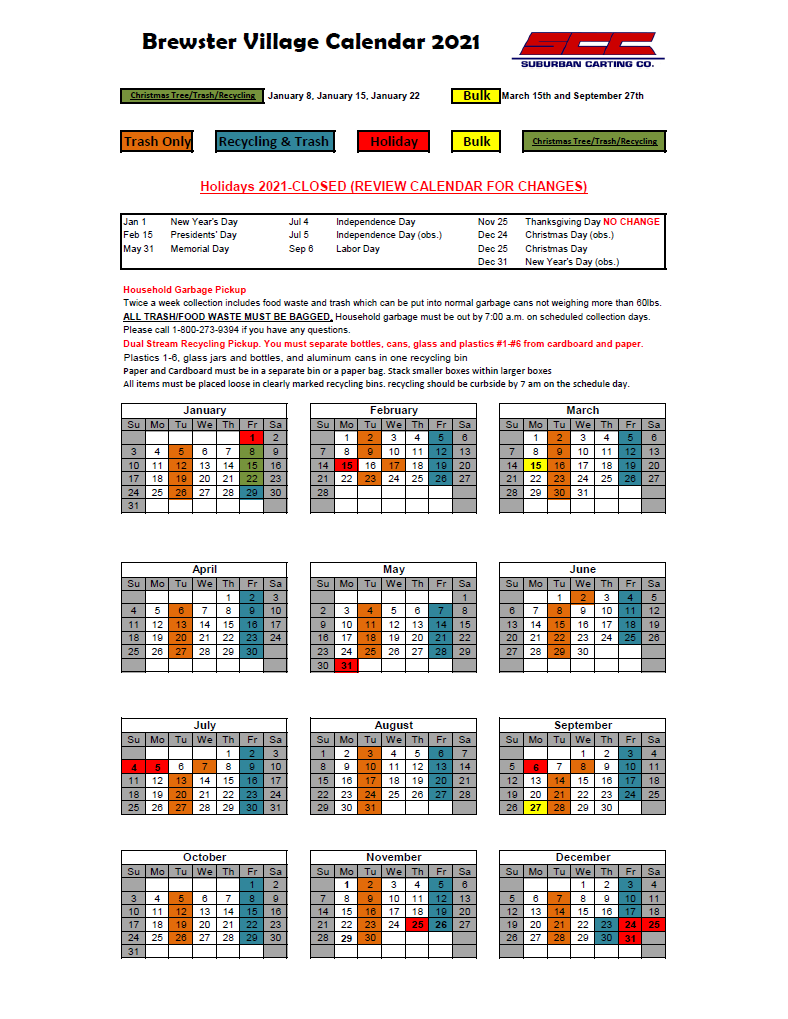 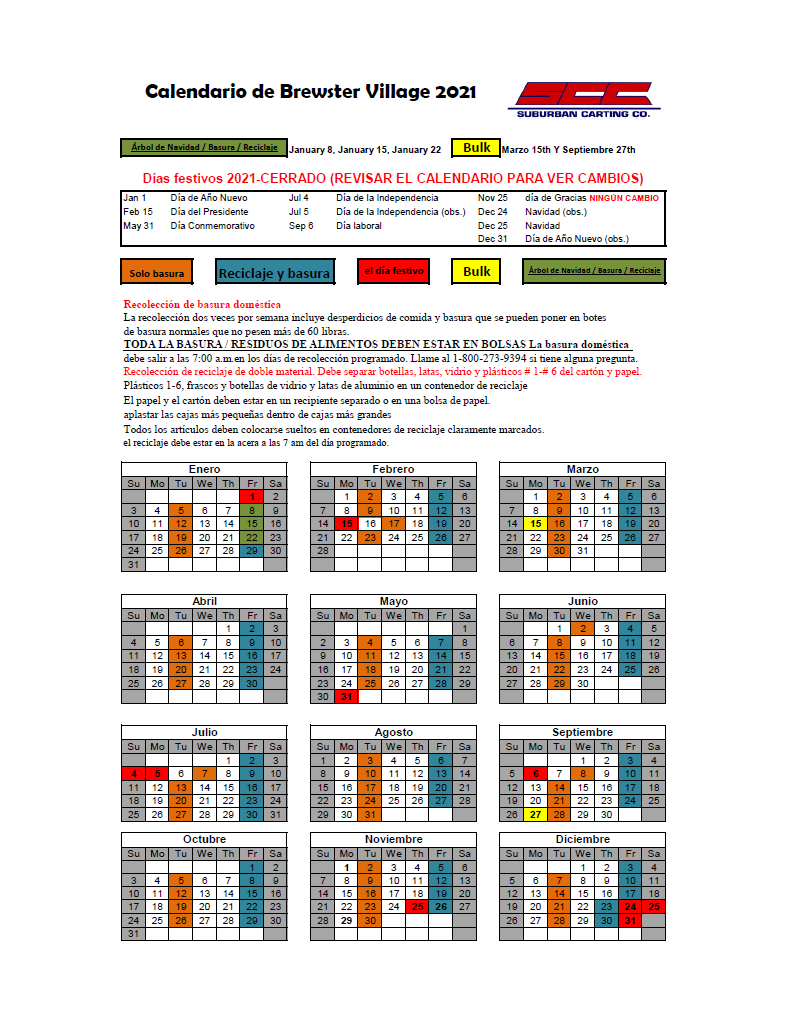 For the Village Hall and Village Court